7 knowledge of the heart quote

7 knowledge of the heart quote

1. The Day arrived. The Wheel gradually gained momentum and led human Hearts towards Knowledge — something the Hearts had known for a long time.

But man was not yet able to comprehend the Wisdom of his own Heart. He had not actually guessed that the Heart was capable of knowing. And all the while,

the still, small Voice, which imparted the wise counsel of Life, was practically inaudible to the insensitive human ear. And even when that Voice rang out with unmistakable clarity, like an alarm bell, calling its hearers to arm themselves with the Power of Love on the eve of death, man attempted to muffle it, preferring to take a roundabout route through the labyrinths and machinations of the mind.

But the intellect was not able to perceive what the Heart knew, for it was subject to decay. Evil could easily penetrate thereinto, not fearing any encounter with the bright, dazzling Light of Fiery Thought. Man could think only on the lowest levels. And so the Wheel began a New Round.

2. People gradually began to pay attention to the leadings of their own Heart, becoming convinced that the mind’s contemplations, more often than not, led them to wrong conclusions. And the barely perceptible Voice of the Heart, it appeared, had presaged the Truth... And so there was a pressing need to hearken to that which possessed the Wisdom of insight. But how to do this? How is it possible to avoid mistaking the voice of the mind for the inaudible tremors of the currents of the Heart? People became thoughtful once again. And the Heart meanwhile was still waiting for the time when it would be accepted as the best and most faithful friend...

3. The Sun was shining. Keeping a close watch on human Hearts, he tried to nourish them with Fires in a bid to reinforce the power of Life. Life herself was the gift of the Light, for without him, she could not be conceived. Would this world even exist if there were no Sun? He gave the Light, and it was in the rays of Light that Life had spread her Immortal Wings. Yes, Life was immortal, for she was the forever companion of the Light, who did not know death. Life and the Light were One.

4. The Heart, woven out of Light, belonged to Life. The most delicate particles of condensed Matter were used in its formation. The Heart’s secret was that it could not live without Love. Only Love’s energizing currents could wind the hidden mainspring therein — the spring that allowed the Wheel of Life to rotate. 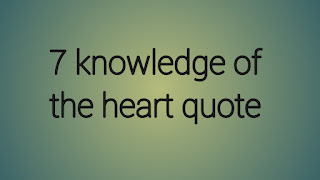 The Heart without Love was dying away, losing its life-force, even turning to stone

5. The darkness was overtaking those people who had trampled down their inner Light and so were useless to Life. These were the people of death whom evil was penetrating continuously — not only their thoughts, but also their breast, wherein he ruled on a soulless throne of stone. There was nothing for him to fear, for a stone could not strike a spark that would have burnt the darkness’ tenacious paws. O, how the darkness desired such hearts! One had to work very hard to get one’s own way, and the darkness spared no effort or means to this end, if only she could see herself ensconced on the throne which had previously belonged to Life.

6. Man was endeavouring to grow in grace and wisdom. He had already been able to distinguish the Light from the darkness. In him, these two principles were tightly interwoven, forming a single indivisible essence. Gloomy thoughts swept past, dictating strict orders and generating a combative atmosphere. Evil was amassing legions of venomous thoughts, capable of poisoning the whole Joy of Life with their sinister stench. Joy was the lampion oil which made the Flame of Love glow so brightly. The dark host of gloomy thoughts was successfully depriving the little fire of the nourishment it needed. The flame was gradually diminishing in size, and a light puff of air was all it would take to extinguish it forever. The world was being deprived of Joy, without which both Life and Love would be unthinkable.

7. The Sun, too, was endeavouring to give all that he could. He tirelessly warmed the ever-cooling Hearts in his rays of Love. The Sun wished to apply the full force of his energizing currents to restore human souls to Life. He did not blame people for having lost the Gift — their ability to love. For the Star himself, the most important thing was Love. Therefore, he kept on blazing with greater and greater fervour, so that the Fire-breathing Warmth of his Heart would be enough for all... He was ready to enter into every breast and ascend from the depths of the Earth in the form of billions of tiny lights, which would scatter like stars and delight Eternity with their munificent currents of Love. But to that end it was necessary to find such people capable of accepting the mighty Warmth of Heaven, unafraid of being burnt alive in the Fire-breathing Flame of Love. To become the Sun — this was something only man could wish for. So, day by day,  the Sun circled the Earth in search of him...

The Gods were turning the Wheel and winding up the mainspring, which was merging with the powerful spirals of the new currents being sent to the Sun’s aid.

They were proclaiming the beginning of a New Era, which would be experienced under the Sign of Fiery Love.